Bramble Vest is a situational item that is especially potent against auto-attacking champions with lifesteal. Its grievous wounds effect will make life living hell to everyone who relies on heal and regeneration for sustain. On top of that, the item increases your armor by a fair amount.

As you can presume, Bramble Vest is ideal for all the champions who are on the frontlines (tanks, to be precise). In some rare situations, you can buy it on a few characters, but that’s only valid if there are several opponents on the enemy team who are reliant on lifestealing and healing.

Bramble Vest is a defensive item that increases your armor and reflects damage onto the opponents. It inflicts grievous wounds effect thus reducing regeneration, healing, and lifestealing they receive.

Bramble Vest is made from two Cloth Armors and a recipe. Altogether, the item costs 800 gold (two Cloth Armors are 2 x 300 gold plus 200 gold for the recipe). Later on, you can turn it into Thornmail by purchasing Giant’s Belt (900 gold) and paying for a Thornmail recipe (1000 gold). In total, Thornmail will cost you 2,700 gold.

The item provides 30 armor making the champion particularly strong against physical attacks. While there are many more objects that provide higher armor, Bramble Vest is very cost-efficient.

It also has a unique called Thorns that provides an on-hit debuff. This passive ability damages attackers by 3 magic damage (+8% bonus armor) and causes 40% grievous wounds for 3 seconds. If you, later on, decide to upgrade Bramble Vest into Thornmail, Thorns will provide an even better effect. In fact, most people who buy the item will eventually upgrade it.

While Thornmail is significantly more expensive, it gives you 350 health, 60 armor, stronger reflect damage, and 60% grievous wounds if you immobilize the opponent. So basically, the item is much more powerful when wielded by champions who have abilities that immobilize, stun, root, etc.

The Most Common Bramble Vest Users 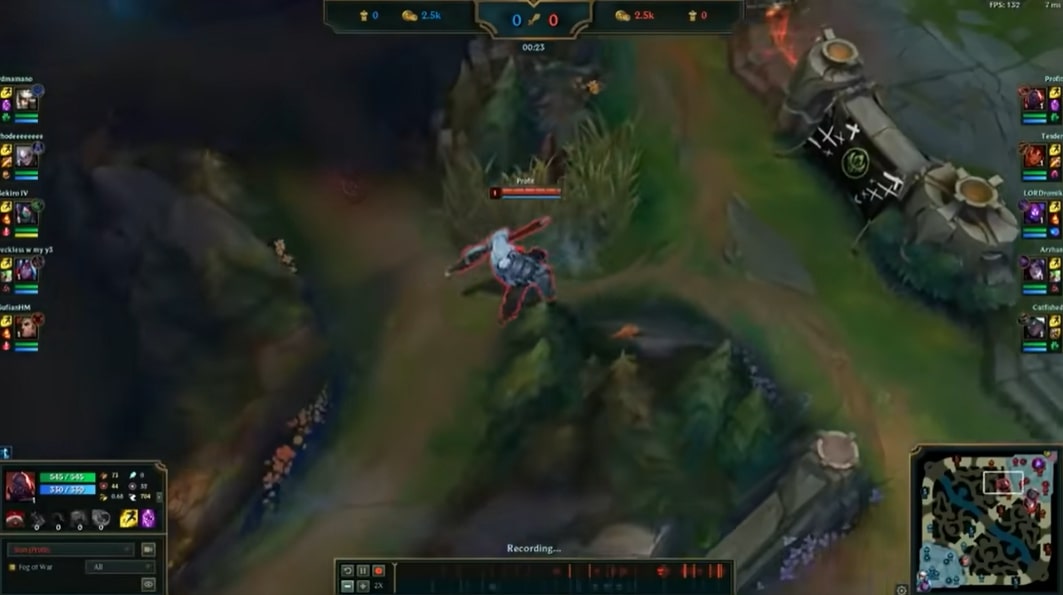 As mentioned, this item is especially potent on champions with a high health pool. According to MobaChampion.com, it is ideal for characters such as Yorick, Blitzcrank, Urgot, Braum, and Trundle. The effect is much more potent if you’re able to jump into the enemy team.

For example, you can use Urgot’s Disdain or Malphite’s Unstoppable Force to rush into enemies. Like with any other initiator, the enemy team’s first reaction is to attack you. So, when they do so, you will reflect the damage and apply grievous wounds debuff. Although Bramble Vest’s reflect damage isn’t that special, Thornmail is a bit better in that regard.

In my onion, both of these items are especially great for initiators with a taunt. This category of abilities forces enemies to attack, which in turn ensures they will be affected by grievous wounds. In other words, it would be awesome for Shen, Rammus, and Galio.

If you’re looking to pair up Bramble Vest with another item, some of the best choices are Zeke’s Convergence, Titanic Hydra, Abyssal Mask, Frozen Heart, and Hullbreaker. At least, these are some of the things that people usually pick on characters that carry Bramble Best.

Here is a list of interesting interactions and how the object behaves in different situations:

Question: How does Bramble Vest work?

Answer: Bramble Vest gives a champion extra armor and has Thorns unique. This feature protects the wearer by reflecting damage unto the opponent (causes 3 magic damage plus 8% of bonus armor) and causing grievous wounds for 3 seconds.

Answer: The item’s base stats are 75% efficient.

Answer: You can use the item to dissuade Darius and other similar champions from attacking you. It works the best against auto-attacking carries who have high sustain through lifesteal.

Although there is a lot of emphasis on reactive damage, the main reason to buy the item is its high armor gain. In fact, the added protection is the main reason why a lot of supports go with Bramble Vest instead of some other pick-ups.

Generally speaking, the damage reflect is somewhat negligible to be a factor. However, grievous wounds can make a difference in certain situations. It is especially strong against characters such as Olaf, who are forced to damage themselves and lifesteal back to health. In other words, it would make the opponent player tentative when using Reckless Swing, thus stifling the champion’s potential.

The very threat of grievous wound debuff can sometimes deter carries from attacking squishy supports. While this rarely happens in practice, it is something to think about.