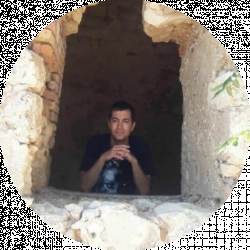 Shane Martin
Shane’s gaming life may have started with MOBAs like League of Legends and SMITE, but over the past decade or so he has stepped into other genres, eager to experience new stories and types of gameplay. More recently, he has ventured headfirst into narrative-driven RPGs to inspire him in his own writing, but by no means has he abandoned the sweaty life of multiplayer games. After all, a daily dosage of saltiness is necessary for his survival.

Hi Rez Studios’ SMITE has seen many crossovers with other IPs, from Transformers to Teenage Mutant Ninja Turtles, to my personal favorite, Avatar the Last Airbender.

However, they have boldly done a crossover with Old School RuneScape as well, and much to my surprise (just kidding), it looks great, as usual. However, while this type of event usually isn’t too interactive, there’s actually quite a bit to do and consider this time.

Keep in mind that this is not a battle pass event (though it coincides with the Cyber Tokyo battle pass), but rather one that can truly only be progressed by buying the skins with gems.

Luckily, if you’ve been saving up your gems through in-game means like log-in bonuses or some limited-time/weekend events, you might be able to buy a few of them and make some progress that way. Otherwise, you’ve got to settle for the free stuff or pay your way to victory.

Anyway, in addition to the five different skins, there are the usual things you can unlock in these SMITE events like Worshipper and Battle Points boosters. But, for the first time in SMITE, there are ways to customize your skins (only your RuneScape skins) with various capes. Either way, here’s the official event trailer:

This skin feels like the most epic one of the bunch. Maybe it’s the special voice lines, maybe it’s the fact that he’s the main villain of the event, or maybe it’s just because he’s a three-headed dragon.

Something about it sets it above the other four skins. However, when it comes to equipping a cape (more on skill capes later), it looks the clunkiest of all the skins. Probably because Cerberus is the only non-two-legged god in this event. Also, his wings – cool as they are – get a bit in the way.

Bellona has always been one of Hi Rez Studio’s poster children for SMITE, featuring in many trailers and events over the years. As such, it’s no surprise that she was given one of the Old School Runescape skins to show off, and also no surprise that she took the hero spotlight in the crossover’s trailer against King Black Dragon Cerberus.

I have no complaints about this one. It’s a fine skin, and I love the sword in particular, especially its alternate weapon forms in-game, as per Bellona’s ability kit.

As great as this skin is for Merlin, I still think his Aang skins are better. Then again, I’m pretty biased, seeing that the Avatar the Last Airbender skin line will forever be my favorite (until, perhaps, a She-Ra or Dragon Prince crossover event happens).

But, I still enjoy this choice for Merlin, as his multi-stance ability kit allows the Wise Old Man to show off many of his magical powers.

This skin is the clear meme-skin of the bunch, and nothing you say will convince me otherwise, as it is an incredibly fitting choice for Vamana.

Neith is another one of Hi Rez Studio’s poster children for SMITE (maybe to a slightly lesser extent than Bellona), so once again, it’s no surprise that she has picked up one of the Old School Runescape skins. It’s perfectly average, but – and this is in no way saying it’s a bad skin – I think it’s the weakest of the bunch.

Maybe it’s because the bow isn’t that fancy (granted, that’s part of the point), or, more likely, because Neith doesn’t have much in her kit that showcases the skin in a flashy way.

There’s no equivalent to transforming into a giant gnome, turning your weapon into multiple other weapons, commanding ice, fire, and arcane, or breathing fire out of three heads.

I’m sorry if I’ve disappointed all of you Blessed Dragonhide wearers out there.

Before I even get into unlocking the skins I need to offer one disclaimer: none of these skins give you any tangible advantages in the game. I know what you’re thinking. We’re all thinking it. Since these skins have a much lower pixel count, it should be harder for enemies to see their abilities, right?

This isn’t a sneaky way to win your ranked games. Now, with that out of the way, there’s only one way to unlock these skins: buy them. With your money (or the free gems you’ve been saving up for a very long time).

Each skin costs 900 gems to buy flat out, but there are two other cheaper options. You can buy all five skins in one fell swoop for 2,500 gems, or, if you don’t want all of them, you can pray to the RNG gods and roll for the skin(s) you want for 600 gems per roll.

If it were me, someone who very often gets remarkably unlucky with these types of things, if I only wanted three or four of the skins, I’d drop the 2,500 gems on all five since I’d be spending the same number of gems regardless. But hey, if the heart of the cards is with you, then take your chances. Best of luck.

You also get bonus rewards for buying a certain number of skins. While half of these rewards are pretty underwhelming, I’ll lay it out here in simple, bullet-point fashion:

As you can see, the best goodies come with the cosmetic pack from getting all five skins (what a shocker), but the capes are pretty good in and of themselves, especially the Anniversary Cape.

In typical SMITE fashion, there is a handful of free quests for you to progress in this event, as there are in pretty much every other event they do. The rewards are mediocre at best, and the quest objectives are rather bland, but hey, at least we free-to-play players get something out of this.

Not super exciting, but it’s free stuff, so yay.

Now here’s where things get interesting. For the first time in SMITE, skins are customizable through the cape system. In simple terms, you get to choose which of your unlocked capes to equip just as you would choose which skin to apply to whichever god you’re playing in a game.

But, unfortunately, these capes are exclusive to RuneScape skins, so you can’t go equipping them on other skins.

There are loads of capes available, and the good news is, you don’t have to buy them (except the Legends and Anniversary Capes, since you can’t get those without buying skins).

Instead, they are earnable through specific quests, all of which have their progress tracked on the RuneScape event page in the client. Though there are way too many capes to list here, I’ll offer you some examples of the quests you can complete to unlock some of these capes:

While some quest objectives are more interesting than others, their numbers go pretty darn high, so get ready for a bit of a grind. To that point, there are also different tiers for each individual objective. For example, though the Master Agility Cape requires that you travel 15 million feet, there is also a regular Agility Cape that only requires that you travel 5 million feet.

But bear in mind that you cannot progress both skill cape requirements simultaneously, so if you want both the regular and master Agility Capes, you’ll need to travel 20 million feet total.

That might sound like a daunting task, but you’ll naturally be progressing most of these quests as you play, so I wouldn’t worry too much about them. I’m just glad there’s a quest that requires the use of Wards. Too many people slack in that department.

Question: Can You Unlock Capes without owning any RuneScape Skins?

Answer: Yes, you can unlock these capes even if you don’t own any RuneScape skins. Just know that you won’t be able to utilize any of them until you get yourself a RuneScape skin to use them on. So, if you think you’re eventually going to buy one or more of these skins in the future, get to grinding while you still can.

Question: If You Buy a RuneScape Skin, what Happens to the Price of Buying all of them?

Answer: The price for buying the bundle of RuneScape skins, 2,500 gems, will be discounted for buying skins individually by their price. So, if you buy one skin, the bundle price for them all will be reduced by 900 gems, to 1,600 gems.

Question: Can the Same Cape be Equipped with any Runescape Skin?

Answer: Yes. Once you unlock a cape, it is not bound to a specific RuneScape skin. You can clip that thing on whichever one you want.

Question: Are there Only 5 RuneScape Skins?

Answer: Upon the event’s initial release, there are only five Runescape skins. However, it is more than likely that more RuneScape skin will be added to the game in future years, especially if it is a successful crossover event.
The Avatar the Last Airbender crossover event is a testament to this, as after the initial event ended, more ATLA skins were added to the game individually (Iroh for Bacchus, Azula for Pele, and Momo for Ratatoskr).

In the end, the crossover event between SMITE and RuneScape is very much like all the other crossover events that came to SMITE prior. As such, I think it’s yet another huge success, and will resonate particularly well with those of us who play both RuneScape and SMITE.

However, even though this isn’t my favorite crossover event as far as what the actual IP is that’s being crossed over with SMITE, I have to objectively say it’s the best one yet, and the reason for that is simple: customization. As mentioned, this is the first time you can customize your (RuneScape) skins with something, and I think the addition of this through the capes system was absolutely brilliant. Good job, Hi Rez Studios. Good job, indeed.