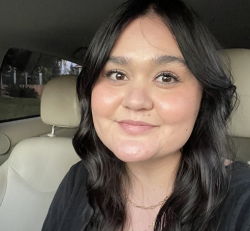 The concept of Houses within League of Legends was introduced to the game during the 2019 Trials Event. It was a mid-season event from May 2nd to June 3rd in 2019.

Players could choose which one out of the four houses deemed to their liking and battle against the other Houses for points. For all of the Harry Potter fans, this process was very similar to being sorted into houses at Hogwarts, but the choice came down to the individual – not a talking sorting hat.

The four houses were: The Council, The United, The Faceless, and The Warband. Each of these distinct Houses possessed individualized characteristics and traits that would affect your in-game matches. So, it was wise to pick the House that best reflected your play style or what you felt would have the most positive impact.

When the event came to a close, LOL calculated all of the points, “tokens,” earned for each House and divvied out rewards accordingly.

Since each of the four houses acted as personifications of varying League of Legends play styles, it would be essential to take a moment to think about your decision and not make it hastily.

It was a time when you needed to self-assess and break down exactly what your play style was and make the decision that best represented you as a player. Is there any wrong choice? No. But, some Houses would just “fit” better than others!

The Council House members are for those who love the game’s strategy. You like to plan out attack routes and think of yourself as the leader or a playmaker. Tactically you want to focus mainly on the most optimal meta builds.

The negative side of this House is that since so many players think of themselves as the ones “in charge,” it can lead to disagreements amongst the team. These players are not the type to go with the flow, leading to some tumultuous times. You would not be described as resilient, so if the game is not going the way you planned in your head, you find yourself wanting to rage quit.

Choosing The United House means you have a “let’s just have fun with it” approach to the game. You play League mostly when you have other friends you can talk to and hang out with online while playing. You are not so stuck in your ways and are willing to play any role that seems to most benefit your team at any given moment.

You would not be deemed the most strategic player on the team. But that’s OK! Because you are willing to do whatever it takes to work together to get a win and come out on top. Tactically you like to push points together as a team rather than trying to go for the big play of the game on your own. You are resilient, and unlike The Council, you would never quit a game on your teammates.

If you are a part of The Faceless House, you are creative at heart. You do not crave the monotony of playing the same character every game. You like to switch it up so much, even if that may not be the right call. You want to have the element of surprise on your enemies and to keep them guessing.

On the downside, you do not consider anything “too risky.” This may be a characteristic, not every teammate values. However, there are times the big swing works out, and in those cases, you are a rockstar. Unfortunately, during this event, The Faceless had the worst reputation out of all of the houses. It simply boiled down to their unpredictability.

The Warband House is for those players that like to play aggressively and want the glory and recognition for doing so. Tactically, you pull towards assassin characters and those that can put out a lot of damage at once. To be a member of The Warband, you have to be high-skilled to back up your playstyle. So, make sure it counts!

Members of The Warband would not be described as team players simply because they do not value that trait. This can be viewed as either a good or bad thing. But, at the end of the day, if you are producing wins and serious damage due to your one-man-show playstyle, there will not be many complaints.

How To Earn House Points

To win points for your faction, there were specific missions to complete. The tasks were divided by the four weeks the event took place and had varying levels of token values upon completion. For these weekly missions, players were given two possible options on how to complete them. Let’s break it down:

Option 2: Win two games with a minimum of 6 takedowns across the two matches.

Option 2: In under 35 minutes each, win two games.

Option 2: During a game, your team must take down eight towers.

These missions began at the start of the second week, May 8th, at 4:00 PM EST. This week had six possible missions. The first five were just like Week 1, with a reward of 15 Trials 2019 Tokens. But the last mission would earn you 100 XP per game! This final mission is our first look at the only recurring mission throughout the event, “Fight For Your House.”

Option 1: As a team, kill two or more dragons in one game.

Option 2: Win a total of three games throughout the week.

Option 1: As a team, destroy the First Tower.

Option 2: As a team, take down eight towers in total.

Week 3’s start date was May 20th at 4:00 PM EST. Just like in Week 2, there were six possible missions to complete. The first five “Trials” challenges are still worth 15 Trials 2019 Tokens, with that last recurring mission, “Fight For Your House,” earning you 100 XP.

Option 2: As a team, take down eight towers.

Option 1: Destroy a minimum of two enemy wards in one game.

The fourth and final week of the Trials 2019 event commenced on May 27th at 4:00 PM EST. This week had six missions, just as the past two weeks did. We have more of the “Trials” challenges and the repeating mission “Fight For Your House,”; all with the same reward system as the previous weeks.

Option 1: Win one game while maintaining a Crowd Control Score of 40 or more.

Option 1: Get a triple kill in a match.

Option 2: Win two consecutive games in under 35 minutes for each.

Option 1: Die less than three times in a game, and win.

Option 2: As a team, take down three inhibitors.

Option 1: In one single game, get eight or more kills.

The main draw for completing the weekly missions, aside from points for your House, is to farm Trials Tokens. If you were to complete every one of the missions listed above, you would rake in 300 Trials Tokens.

Also, when you spend the necessary 1,650 Riot Points to enter the event, you are rewarded 200 Trials Tokens right off the bat. So, if you grind these four weeks, you would have wound up with around 500 Trials Tokens. During these four weeks, there was also a special Event Shop where you could spend these coveted tokens. Let’s break down all the stuff you could purchase!

Bring Back The Houses

In League of Legends, there are constantly events happening in-game. In 2022 alone, there have already been four events: Lunar Revel 2022, Anima Squad 2022, MSI 2022 High Noon, and Star Guardian 2022. So, what made this specific mid-season event in 2019 stick out so much from the rest?

This was the first in-game event that allowed the players a lot of power. Essentially in events, you are tasked with a variety of missions to earn tokens or gold. What made this event so different is that it put the power in our hands as gamers. We were able to decide which House we wanted to represent.

From there, it sparked a sort of familial aspect within players who were representing the same House as one another. The missions seemed like they had a greater purpose rather than selfishly wanting to grind for gold or tokens. You wanted to win, to bring points to your House.

If they were to bring back House United, House Council, House Faceless, and House Warband, I think it would be a fan-favorite decision. They could make different tweaks to the missions or the items you could potentially purchase in the Events Item Shop.

Players could hold onto their loyalties and choose to represent the same House, or maybe they have changed as people and gamers and therefore choose a different House. But, if they were to bring back a House-type event, they would need to keep the houses the same.

Since Arcane hit the Netflix screens, it has brought a new population to the game and new fans. I think it would be cool if they were to incorporate the rivalry of Zaun and Piltover. Players could choose which city they wanted to represent, and missions could be created accordingly.

Question: Are There Events Similar To The 2019 Trials Event?

Answer: Overall, I do not believe there has been another similar event; solely because many of the events before and since then have placed the motive for winning and grinding exclusively on the individual player. As opposed to this event, which had players coming together for one common goal. I am not confident that the aura around the game will be replicated unless they bring back the Houses or another similar concept.

One event that had one of the most significant impacts on the LOL fandom and game as a whole was the Bilgewater Event back in 2015. This event brought so much to the game, similarly to the 2019 Mid-Seasons Trials. It had so much Lore and brought in new maps, skins, items, everything!

Question: Which House Won The 2019 Trials?

Answer: The United started strong with the lead in the first week of the Trials. There was a time when Warband pulled ahead. But, overall, The United reigned supreme in the end.

Question: How Would I Know Which House To Choose?

Answer: My advice would have been not to overthink it. Choose the House that you feel the most called to. If that was too big a feat to ask, or if you are an overthinker no need to fear. Even now, you can access a plethora of “Which League of Legends House Am I?” quizzes online. When the Trials 2019 Event was in full swing, the game even had a short questionnaire to help you narrow down exactly which House you would fit in the most with.

Question: What Are The Hogwarts House Equivalents To The League Of Legends Houses?

Answer: It is relatively eerie how similar the two dominating franchise houses seem. But as an avid fan of both, I love it! The House counterparts are as follows:
• The Council = Ravenclaw House
• The United = Gryffindor House
• The Faceless = Hufflepuff House
• The Warband = Slytherin House
With these correlations in mind, reading back the characteristics of all League houses can make more sense. It is also fitting that The United equates to Gryffindor, the House that ultimately won it all in the end.