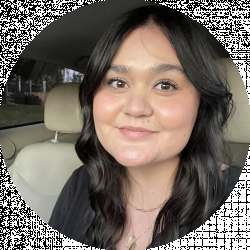 Bind is one of the seven possible maps to play on in Valorant. It was also one of the only ones that were available to play on in the Beta of Valorant that came out on April 7th, 2021. When the game was first released, there were only four playable amps, Bind being one of them.

Since it has been with this game from the start, there is a definite nostalgic feel when playing it. Players seem to either love the map or hate it for various reasons. What makes this map different from the others, and is personally a reason I appreciate it so much, is that it is a map that does not have a “mid” section.

Instead of this midsection, which is standard on the other maps, Bind has two one-way teleporters. This unique factor to the map makes me a fan of it, but it is also a hot debate within the Valornat community. In this article, we will break down anything and everything regarding Bind; let’s get into it!

As stated, this map is the only map in the game with no midsection. However, what it does have are two one-way teleporters. This feature allows for easy transportation across the two sites. The teleporters are as follows: A Short to B Short and A Long to B Long.

Even though teleporters are instant, the process of using one is anything but sneaky. Every time an agent enters through either teleporter on the map, all players within the game will hear an audio cue letting them know it is in use. So, if your playstyle is more sneaky, using teleporters may not be the best route for you. When you use a teleporter, you automatically arrive at the following location.

You will find yourself in a room. The door will remain closed until you, the agent within the space, walk up to it, and it will automatically open up. Enemies on the other side of the door will not be able to open it in any way. However, they can release gun fire that will travel through the door.

It is essential to know your precise plan of action before using the teleporter, or you may just be a sitting duck for the other team. Aside from agents, particular objects can also be passed through the teleportation devices on this map. For example, a spike can be teleported as well as dropped weapons from downed agents.

How To Attack On Bind

The two ways to attack A Site are through the Baths or A Short. When taking the route through the Baths, also known as “showers,” you will need to utilize your agents that excel in close-range combat. By taking this path, you will come across many close corners and small spaces, so being able to dominate in these tight corners is crucial.

If your team decides to attack A Short, your best bet is to suit up agents that are successful in longer-range combat as well as guns that have the most impact in longer-range duels. When making your way on this route, you will be fighting mainly in long alleyways before reaching A Tower, so having the correct agents and guns is necessary to succeed.

The best way to attack B Site is through the Garden or B Window, also known as “hookah.” To get to the Garden, you will need to travel through an alleyway referred to as B Long. This alley passes right by one of the teleporters and leads you passed the Garden and ultimately to B Site.

Like A Site, different agents and guns work better with either route you choose.  The Garden route consists of mainly tight spaces, but you may also come across a longer-range fight. However, B Window/Hookah is all about the enclosed areas. To take the latter route, you will need agents that have the skill set to deal with close-ranged duels.

How To Defend On Bind

Just like the attacking routes, there are two main ways to defend A Site. One way is again through the showers, and the second is A Short. There are also two best points of defense for B Site. They are the same two routes you would take on the attack, but you will be utilizing the routes defensively this time.

The Garden and B Window.  When on the defense on Bind, the most common way to protect the sites is to send two teammates to each site while leaving the fifth team member to go between the two sites and help out where it is needed. However, do not just commit to one site and stay stuck there.

If the majority of the other team is committing to either site, send the fifth roving member to stack on to whichever site is being attacked the most.  It is also important to note, again, that this map does not have a midsection. So, traveling on foot between A Site and B Site will take you a while if you are not making use of the teleporters.

Because of this defining factor of Bind, communication is extremely vital when defending. Everyone one of your teammates needs to know which of you will be traveling on foot and who will be teleporting to help everyone best account for how to manage their time on either site. It should be stated that communication is key across any map, but even more so with Bind, given its unique layout. 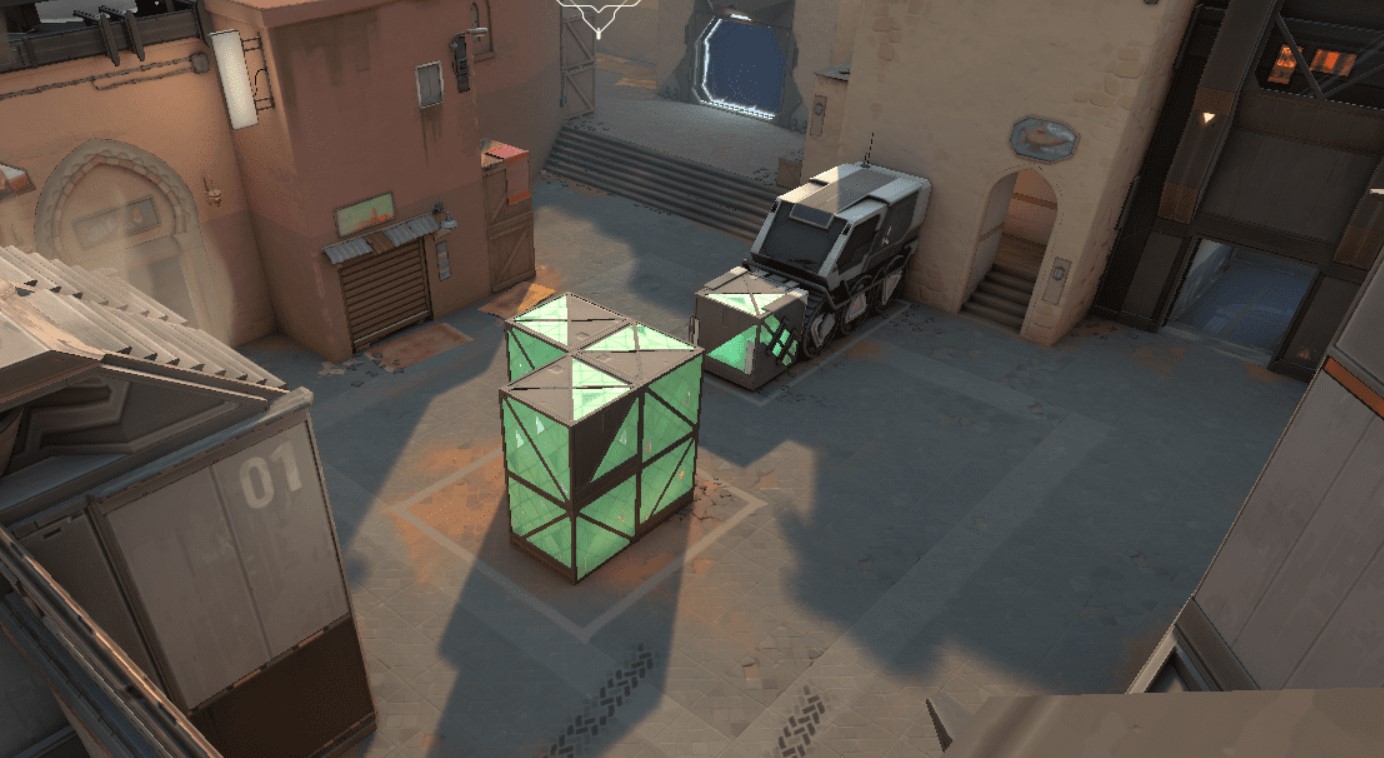 Since Bind was one of 4 maps initially introduced with the game, it has undergone several updates in the past couple of years. 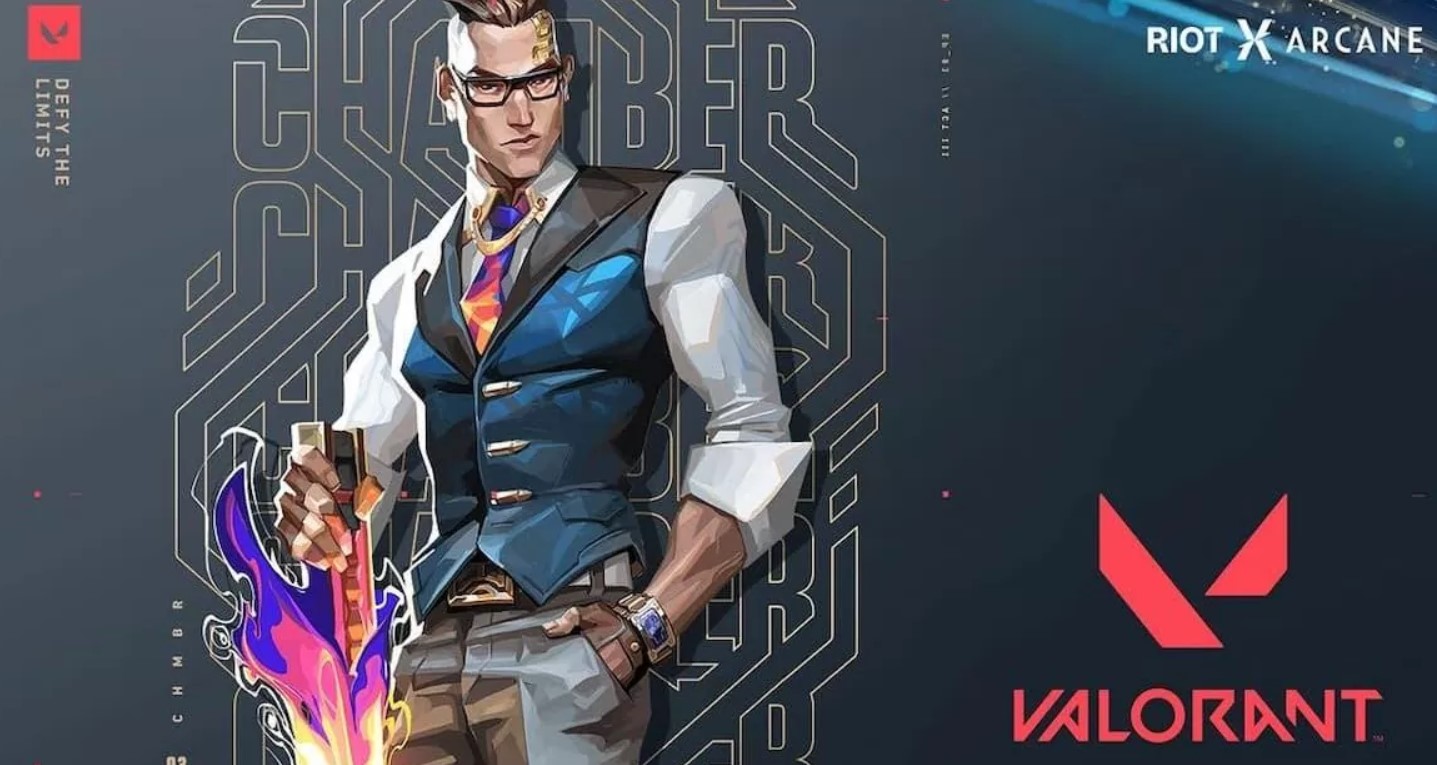 If choosing from all Sentinel Agents, Chamber is definitely the best one for Bind. If you are a Chamber main, you know Bind is like a theme park for you. Since Bind is a map that allows for varying playstyles, whether you are more aggressive or passive. That makes this a great map for Chamber, especially because he thrives with either playstyle, at least as far as Sentinel Agents go. 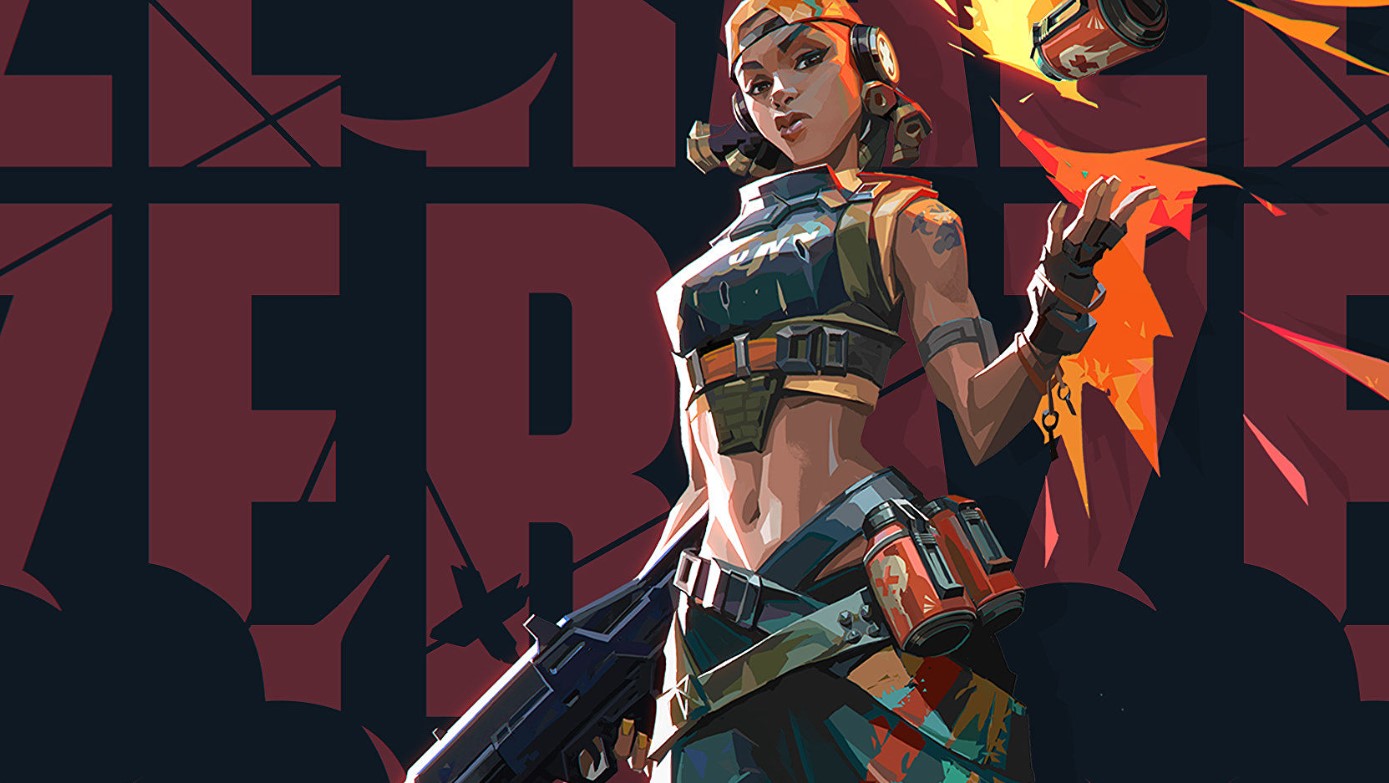 If you want to be the most annoying agent for the opposing team, but in the best way, choose Raze. Her Boombot Lineups and Paint Shells will be insufferable for your enemies to deal with. Bonus points for if you are able to place your boombot right at the entrance of the teleporter for other teams to deal with.

As someone who has been on the receiving end of that more than once, I can attest it is infuriating. Raze is another agent with the skill set to support an attacking and defensive playstyle. But keep in mind, she does thrive when played aggressively.

Sage is especially clutch on this map when it comes to defending. Since she is a great agent in terms of maneuvering tight entry points, she is a vital key to success on Bind. When defending B Site, there are a lot of tight corners and enclosed spaces.

This is a setting in which Sage thrives. So, if you are wanting to make a solid choice when defending Bind, Sage should be your go-to. 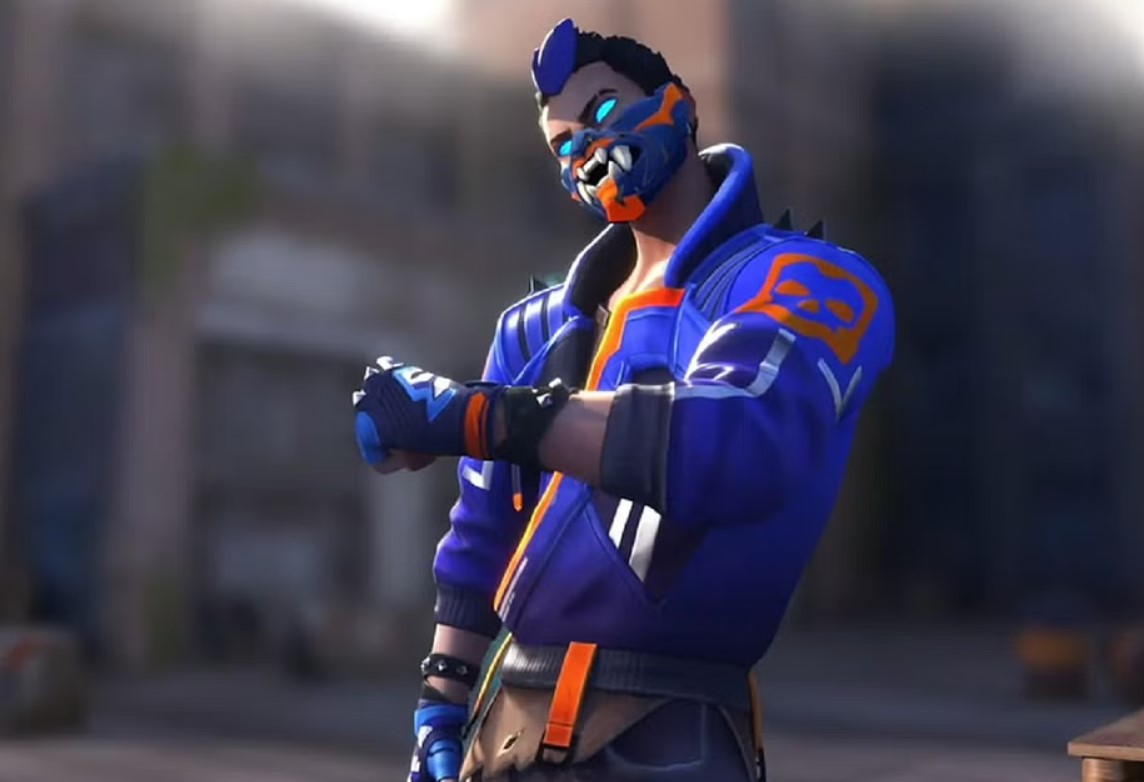 As an agent, and with the skillset he has, Yoru thrives on maps that have a lot of wide open spaces. Bind is not that type of map. As we have established, there is no midsection that can make the map seem claustrophobic to agents that need a lot of space and hiding spots to really be effective. 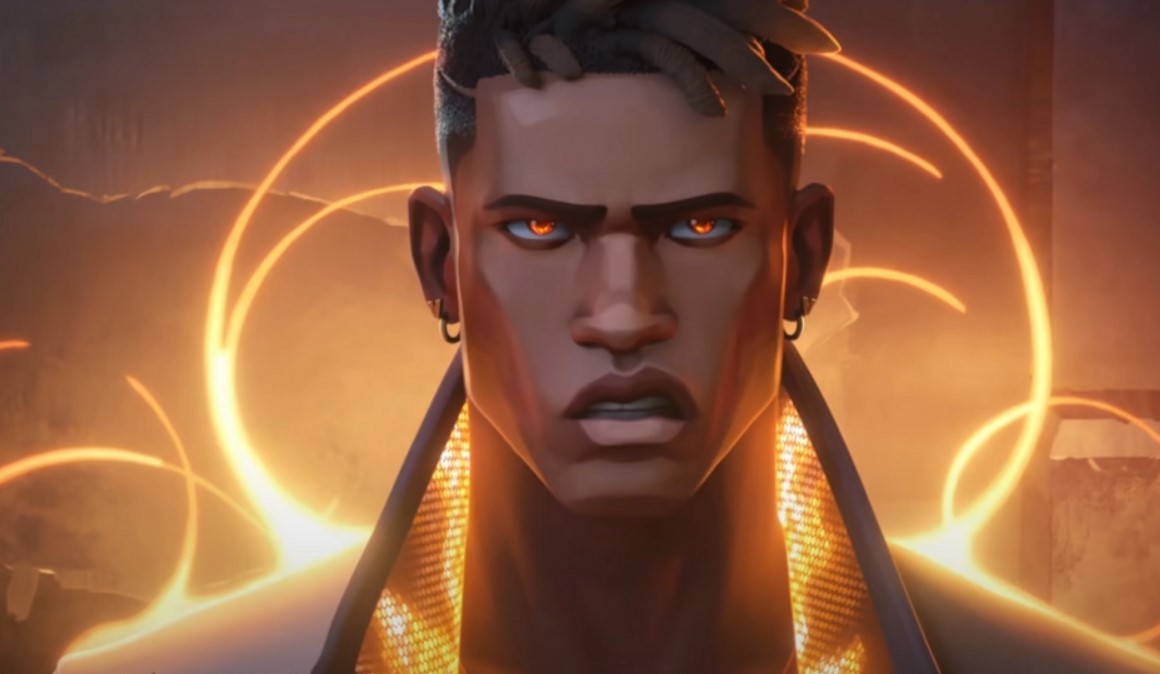 Phoenix should not be a go-to agent for this map. He is a Duelist Agent with abilities that do not lend themselves to be especially effective on Bind. Overall, Phoenix only has a 1.2% selection rate in terms of overall Valorant agents, so he does not seem to be a hot commodity at the moment. Since he does a little bit of everything and does not double down on a specific niche, he is not the best pick for a map like Bind. Since he is an OG Valorant Agent I would love to see him get a buff in an upcoming update.

Question: Is Bind a good map?

Answer: This debate is a hot-button issue. I am a fan of this map due to its uniqueness in having no midsection. However, a good percentage of Valorant players would also disagree with me.

The argument against Bind is that the absence of a midsection causes more harm than good. This standpoint is understandable if your play style, or auto-lock agent, depends on timing, rotating, and lurking. What some players love about it is precisely why some players hate it. It is too different and lacks what some deem an essential section to a playable map. In the end, to each their own, but I have always been a fan of originality.

Question: Where is Bind located in the world of Valorant?

Question: Which agent was previously a resident of Bind?

Answer: Agent Cypher used to call Bind home. He is the agent most related to this map, which is why many of the updates within the past few months seem to have affected him the most. As of now, Cypher is under the pretense that Kingdom is giving false hope to the people of the cities they are “sucking dry.” Anytime Cypher is on a team that wins, you will hear his tagline emphasizing those feelings, “Get out of my city!”

Question: Is Bind the map where “Duality” takes place?

Answer: Yes! The Duality Cinematic is only the third cinematic from Valorant. This short includes agents Phoenix, Viper, and Killjoy. In this cinematic, we see Phoenix face to face with his “mirror counterpart.” The entire video is set in Bind, specifically Site B on the Bind map.

Bind is typically map players either love or hate, and both sides of this debate have valid arguments. Its lack of midsection and main source of travel being teleporters is an understandable point of contention within the Valorant community. So, you may love it or hate it, but everyone can agree that it is not a boring map by any means.