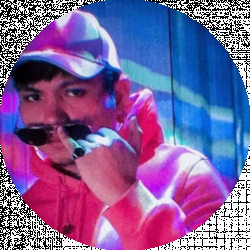 Skye is a great starting initiator and support agent in Valorant. With her ability to flash, heal, and slow down enemies in a pinch, a lot of new players will find her very helpful due to the number of resources she brings to the table.

Skye is also very flexible when it comes to her teammates, and in a team-oriented game like Valorant, synergy across your team; through skills or agent compositions, Skye will surely be a great pickup for anyone solo queueing. Without further ado, here’s everything you need to know about Skye!

Skye is a Radiant from Eastern Australia. She was formerly a farmer and had a knack for working out. Skye mainly uses her Radiant powers to animate animals including a hawk, Tasmanian Tiger, and a jellyfish. According to one of her voice lines associated with Jett’s, she has already created a dragon and a lion, which didn’t turn out as expected and possibly caused significant destruction.

Sage offered Sky a position in the Valorant Protocol; however, she was hesitant due to a formation of a rift in the forest of Australia. Skye initially told Sage that she would stay instead to protect her lands; however, upon gaining knowledge of the formation of rifts around the world, she agreed to join the protocol.

According to some of the voice line interactions with Omen, Viper, Reyna, Kay/O, and Yoru, they fully believe that Skye hasn’t reached her full potential yet.

It is evident in some of these voice lines that her fellow agents acknowledge Skye’s potential to become one of the most highly-regarded threats in the Valorant Protocol, especially once she reaches her full power.

After the release of the map Breeze, Riot released more information about Skye in the form of a dossier. In the dossier, it mentions Skye’s real name, which is Kirra Foster. The dossier also says that Skye is a Nimbin Project failure, a Blue Mountains Miracle, and also referred to Skye as “The Great Reclaimer.” The dossier also criticizes Skye for her decision to join the Valorant Protocol, stating that it’s another corporate machine. 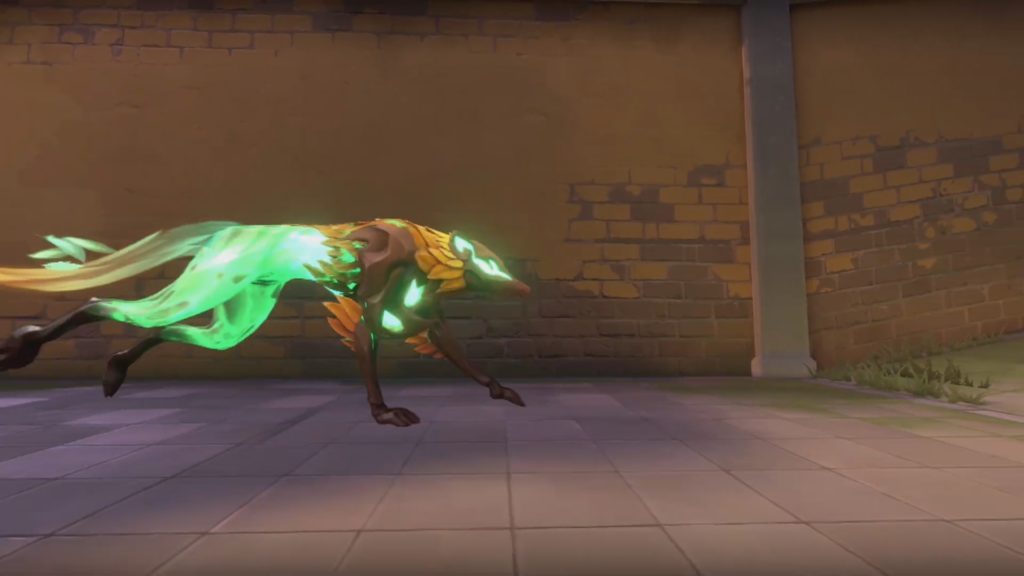 Trailblazer is an ability that grants Skye the opportunity to scout opponents. Upon casting this ability, she summons a Tasmanian Tiger, which she takes control of until it expires or explodes. After controlling the Tasmanian Tiger, Skye can scout enemies and leap toward them to concuss enemies. If the Tasmanian Tiger is able to bite an enemy agent, it will deal 30 damage and still concuss them.

Enemies will be able to destroy the Tasmanian Tiger. If the enemies successfully destroy this ability, no one will be disabled on their team.

These are the stats of Trailblazer:

Guiding Light is an ability in which Skye will call for her hawk, and upon detonation of the hawk, it will blind enemies directly looking at it. The hawk has a set duration until it automatically detonates. If you click the fire button once equipped with this ability, it will automatically send the hawk in a straight line. If you decide to hold the fire button, you’ll be able to control the direction of the hawk with your crosshair. This ability is perfect for blinding corners and chokepoints.

Enemies will also be able to destroy the hawk, and they will not be blinded if they manage to eliminate it prior to its detonation.

These are the stats of Guiding Light:

Regrowth also has a limited healing pool, and healing allies will cause the healing pool to drain. Skye can also re-equip this ability if it still has a healing pool available.

These are the stats for Regrowth:

Seekers is a good initiation ability for taking sites or getting intel on where the enemies are on the map. Once used, Skye will only deploy one Seeker per agent with a maximum amount of three Seekers per ultimate usage. If a Seeker’s target enters the LOS (Line of sight), the minimap will turn blue, indicating that they are near the enemy targets.

The target enemy will see an on-screen indication that the Seekers are near them. If the Seeker approaches the target successfully, the Seeker will inflict a near sight debuff on them for three seconds. Enemies will also be able to destroy the seekers; however, Skye will still see their positioning on the minimap.

These are the stats of Seekers: 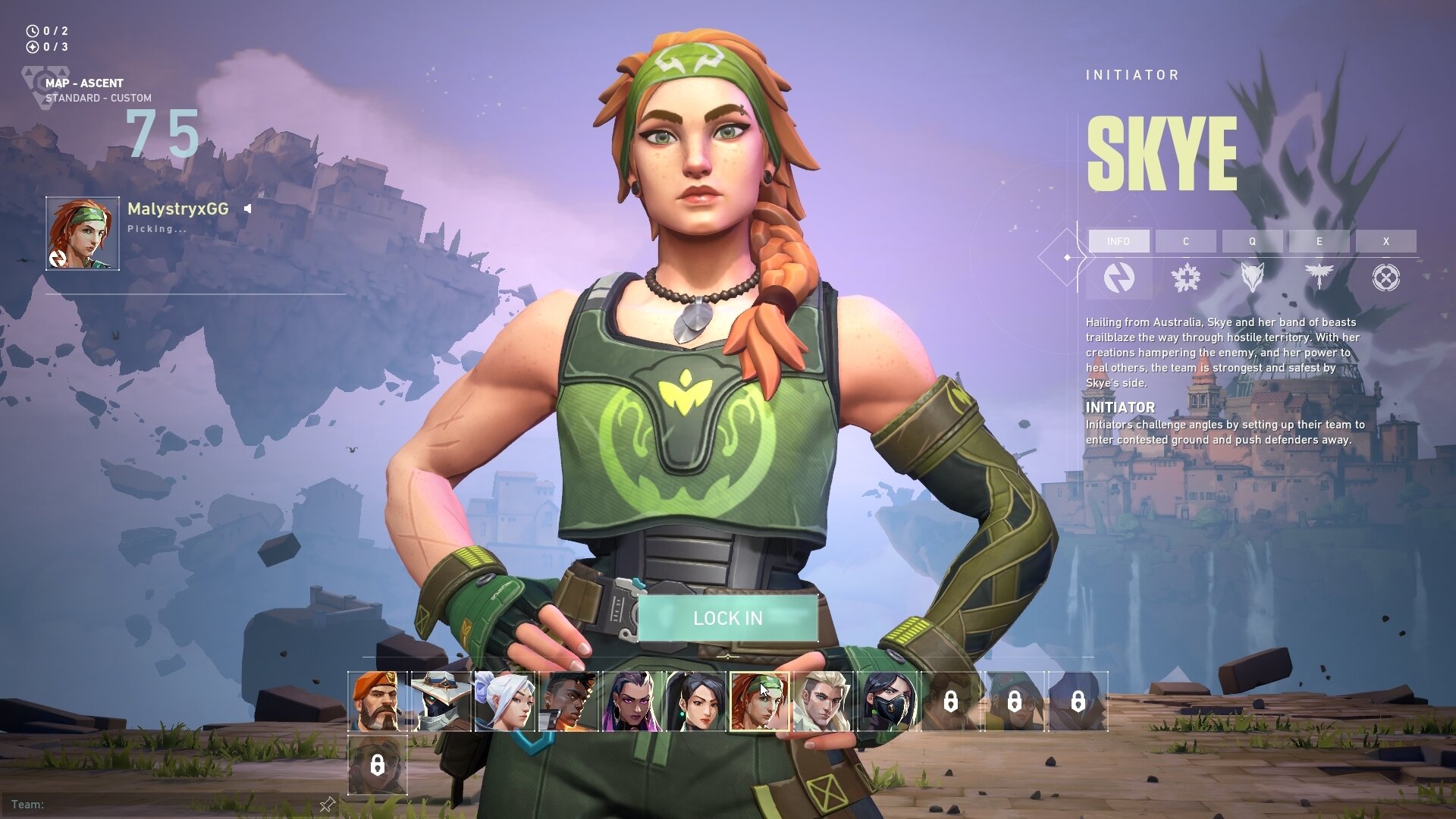 Skye is viable on this map; however, she is not ideal anymore in Ascent, unlike Kay/O or Sova. All of her abilities fall short of other agents, but overall, she’s not a bad pick for this map.

Skye is an optimal agent for this map. Her map control presence due to her pop-flashes allows her to maintain dominance over the spots that she covers.

Similar to Ascent, Skye is a viable agent on this map. Her flashes are still very useful in Breeze; however, Kay/O’s utility still overwhelms her and is overall a better choice for most professional E-sports teams.

Skye is not a good agent here in Fracture mainly because enemy duelists can quickly rush her through chokepoints, and the fact that Breach is one of the most valuable agents here due to his Stun ability. Although some people may still find value in Skye on this map, it’s unjustifiable why anyone would pick Skye over Breach for Fracture.

Skye has one of the highest pick rates in Haven. This result is mainly due to the many line-ups available for her on this map and her overall presence and map control. Many players find success with Sova and Breach on this map as well; however, Skye proves to be one of the most highly sought-after agents on this map.

Skye is not a favorable agent in this map due to the presence of many angles that you have to clear whenever you’re entering a site. It takes too many of Skye’s abilities to clear a site, whereas Sova will be able to clear many angles with one or two of his abilities. This map is definitely not good for Skye.

As of right now, there are still many lessons to be learned in the newest map Pearl. Skye seems to be pretty viable along with Breach and Kay/O; however, no one seems to stand out within this map like Fade in the Initiator agents in Valorant. We would still have to wait for more information about how pro players will play Initiators on this map since there’s only one tournament game in Pearl as of the moment.

Question: Is Skye Still In The Meta Right Now?

Answer: This question is highly dependent on your style of play and the map. In Skye’s current state, she’s very highly reliant on the map. There are maps wherein she excels well, and there are maps wherein she falls flat. It still highly depends on the player’s mechanical skill, but at the same time, mechanical skills can only reach a certain level. That’s the reason why many pro players prefer playing a different agent over Skye.

Question: Who Is A Better Initiator, Skye or Sova?

Answer: Sova is a better all-around initiator than Skye. As mentioned above, Skye relies on clearing corners without exposing her entire team to multiple angles. This condition is only available on maps like Haven and Bind. Meanwhile, Sova is a much better Initiator due to his long-ranged skills, and he can clear multiple angles at once with his drone.

Question: Do You Need To Be Good In Valorant to Master Skye?

Answer: It highly depends on where you want to be with Skye. Skye demands a very specific yet open-ended playstyle that will keep opponents guessing on your next move. She is one of those agents who are easy to learn, and hard to master. Keep playing and experimenting with different playstyles until you learn to develop a playstyle that works for you.

Skye is a great starting Initiator for new Valorant players. She can provide many helpful crowd control abilities such as flash, near sight, and concussion. Skye can also heal multiple teammates at once with her ability, making her a good anchoring support as well.